Privilege, Appropriation and Leadership among the neo-Anabaptists

Earlier this month, Charity Erickson wrote an article, “Peace Reformation = Humble Leaders” that offered some questions and challenges for neo-Anabaptists around leadership and the roots of this growing movement. The response, in the comments on her post and on social media, was cantankerous. I followed up with her to do an interview, the fifth in my Anabaptist camp followers series. My questions are in bold. Crossposted from As of Yet Untitled 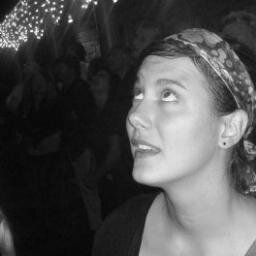 What does neo-Anabaptism mean to you?

How did you first come across neo-Anabaptist thought and practice?

Charity: When I was 11–around 1996–I joined the Bible Quiz team at my Christian Missionary Alliance church. We memorized a lot of scripture; but we also had these t-shirts that we inherited from a group that had recently split off from our church to focus on their urban ministry in Minneapolis, which included communal living, serving those struggling with poverty, and fostering interfaith dialogue. The t-shirts were black with an anarchic kind-of symbol on the front, and the words, “Resistance is Futile.”

I was quite enamored of these folks and the grungy, older youth group kids who hung out with them, and through my t-shirt I felt a solidarity with their cause; even at a young age, I recognized that they were living out the kind of Christianity I was seeing in the scriptures. Also, I loved Star Trek.

Without prompting from anyone, I stopped saying the Pledge of Allegiance in school. I found it sacrilegious. When I was 13 I discovered the band Five Iron Frenzy, and was very much influenced by their critique of American Exceptionalism, consumerism, and Evangelical culture–I didn’t understand it much, but I absorbed it on a sub-conscious level. A few years later 9/11 happened, and I felt an almost visceral distaste for the Evangelical rhetoric it inspired. I knew it didn’t look or sound like Jesus, but I also didn’t know how to verbalize (not to mention, defend) my feelings. I became confused and depressed. I took no joy in the faith that I heard on the radio and from the pulpit. It all grossed me out. For a rather overly-pious teen, it was truly devastating.

In 2004 I allowed myself to be pressured into voting for George Bush. It made me physically and mentally sick. I felt like I had betrayed my own soul. But I had no idea why I felt that way. I had no language to put to the conviction of the Spirit within me; so I resisted it. I did so poorly in school the next semester that I lost my scholarship and had to transfer to a cheaper university.

The more fully-formed Anabaptist thought I discovered a few years later (through the writings of Greg Boyd and Shane Claiborne) only served to confirm the convictions I had been forming throughout my life; what a relief it was to find out there were other Evangelicals out there who shared these convictions (and I confess, if these writers had not been Evangelical, I might have never encountered Anabaptist thought). I was living in Grand Forks, North Dakota at this time, where there were Hutterites selling produce at the farmer’s market and shopping at Wal-Mart, and Canadian Mennonites with whom my friends and I had a standing invitation to partake in a communion of hallucinogenic mushrooms. So while I greatly appreciated Anabaptist thought and what it brought to my faith, I also recognized the tradition to be just as complex and full of contradiction as any other cultural movement.

In your post, you challenge Anabaptists to recognize the roots of our critique of colonialism and imperialism in the non-Western world. What are some of the ways you have encountered this critique in non-Western contexts?

Charity: Over the past several months I have been dialoguing with Harvey Kwiyani, a Malawian pastor I met almost completely by chance. After meeting my pastor at a coffee shop, he spoke at a Sunday school session at my rural Covenant church, whose congregants are almost 100% Scandinavia-derived. I became friends with him and his wife and ended up helping him line-edit a book he wrote about the practice of missional theology in Africa and the Diaspora. (I believe the book will be released through Orbis sometime in 2014.) One of his major critiques of Western Christianity is that we neither recognize the contributions of Africans and the place of Africa in our construction of church history, nor do we recognize African Christianity’s influence in the Church today. He does not speak specifically to the Anabaptist movement, but he does speak directly about African contributions to the “missional” conversation, which is Anabaptist-adjacent. (One person who is saying similar things is Soong-Chan Rah, whose posts can often be found on the Anabaptist-influenced Missio Alliance website.)

From Harvey’s research I learned how African Christianity developed after the era of European colonialism–how African Christians recognized the disconnect between the empire-building ethos of colonial Christianity and the message of Jesus, and how they recognized the cultural malleability of the gospel, which led them to feel free to create theologies and worship practices that made sense to them in their cultural context. The disaster of Christendom had its most profound effect on populations outside of the Western world, but we do not credit these spaces for their role in the development of our anti-imperial critique. These are the first post-Christendom communities; and yet, I hear neo-Anabaptists claiming ownership of post-Christendom theology. I find it disturbing and hypocritical for those who proclaim the end of Christendom to be found imperialistically appropriating the experience of non-Western believers.

I only started to recognize these issues with neo-Anabaptist rhetoric after being in conversation with Harvey, but now I see problematic language popping up everywhere. I have heard it said that “the Anabaptists are the only church tradition without blood on their hands” (see here for a brilliant post on the topic––http://sacramentalnomad.com/2012/11/19/admit-the-treasure-is-tarnished/). I am nowhere near a scholar, especially on the topic of Church history, but there are so many problems evident in this defense of Anabaptism I couldn’t even begin to enumerate them here. Suffice it to say that there is no way to prove such a triumphalistic statement, especially when Church history outside the West has been so egregiously unrecognized and unrecorded.

But I believe there is hope for this movement to correct itself: I look forward to seeing the neo-Anabaptist movement begin to sit at the feet of its true, non-European, post-Christendom forefathers (if you will excuse the patriarchal language.)

In your blog post you discuss the disconnect you’ve experienced between the Anabaptist understanding of power and the practice of leadership culture you’ve seen. Can you describe the ways you’ve observed the “gifts of women and non-whites” in leadership and how those gifts can help build a non-typical culture of Anabaptist leadership?

Charity: I’d like to see neo-Anabaptists, and specifically the evangelical neo-Anabaptists I am most familiar with, to pay more attention to resisting the influence of culture-wars Christianity and it’s confrontational means and methods. Where culture-wars defensiveness/combativeness meets the Anabaptist ethic of separation from the world (and it’s history of persecution,) there is a tendency for neo-Anabaptists to become self-righteous, critical, and controlling. Not only does this betray an incongruous witness, but it also creates a threatening atmosphere where people of less privilege are unlikely to share their gifts. If the Anabaptist impulse becomes just another way of “contending for the faith,” a small, privileged population will dominate leadership. A less aggressive stance and a generally more diverse value system for spiritual giftings would elevate women and non-Europeans to their place of power in the Church. Greg Boyd’s Woodland Hills Church is doing some really good things with women in this regard–I know people who have been greatly helped by the free, high-quality counseling services offered by female counselors at Woodland Hills.”

The last thing I want to speak to is the tendency for the neo-Anabaptist “power-under” ethos to be less about embracing the mundane, every day task of serving others with the humility of Jesus, and more about performing great tasks for the Lord–instigating revolution, even!–albeit couched in Anabaptisty-sounding language. In a world so broken by the struggle for power, those influenced by Anabaptist ideals should be the first to try the way of peace and gentleness before resorting to aggressive tactics in order to “get people on board with our vision.” As the movement becomes more coherent (or less coherent–I personally like the idea of letting the Anabaptist influence grow wild like a mustard seed,) I look forward to seeing the creative ways neo-Anabaptists will find to practice the Great Commission without relapsing into power-grabby modes-of-operating in order to “compete” with the Church-at-large for followers and (perhaps my least favorite word) “influence.”

Would you like to you say anything about the reaction to your “Peace Reformation = Humble Leaders” article?

Charity: I’m fascinated by the reaction to the article. I especially appreciated your comment, Tim, and encourage everyone to check it out. I was slightly disappointed that commentary focused more on defending Anabaptist history than on how we can broaden the definition of post-Christendom Christianity. Hopefully, that conversation will soon take place. As for the most negative responses–it’s hard not to see how they evidence my very point.