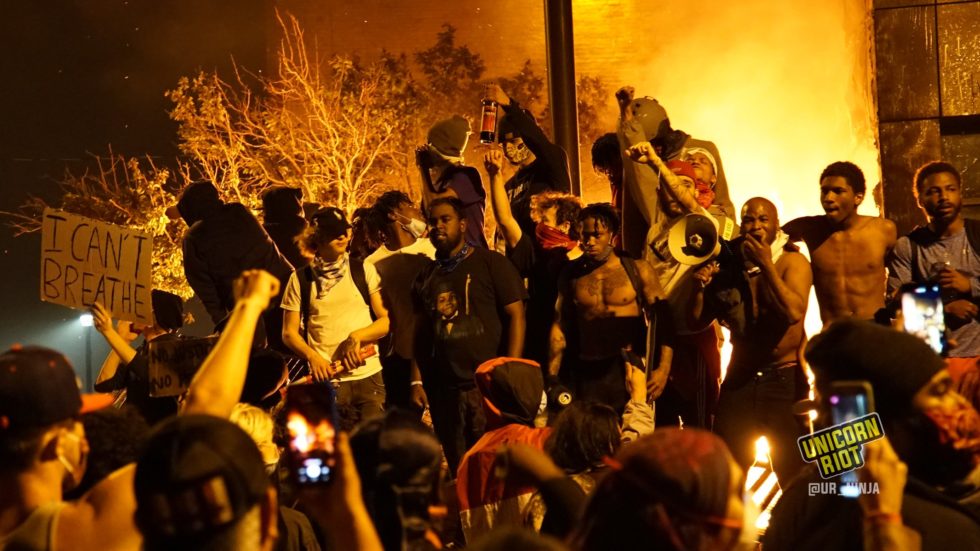 This post was co-written by Tim Nafziger and Mark van Steenwyk in 2017 (see original) in response to the backlash against anti-fascists actions in Charlottesville, Virginian in August 2017. We’re reposting it with a new title because it feels even more relevant today as we watch the white liberal response to the burning of the police precinct building in Minneapolis last night. If you’re not a pacifist, see what happens when you substitute the word “liberal” for “pacifist.” If you aren’t Mennonite, consider what our message might look like to your own community.

This is the second in a series of pieces we’ve co-written. This article builds on our first together in 2010: Oppression analysis on its own isn’t enough: Becoming an Ally

In the last two months, in the wake of the “Unite the Right” rally in Charlottesville, Virginia, we’ve read many white people in my Mennonite community and others committed to nonviolence reiterating their commitment to peace. In a recent article for Anabaptist historians, Tobin Miller-Sherer describes these “smug and satisfied declarations about the superiority of nonviolence” as “bumptious.” This is a good word because Mennonites are extremely skilled at being proud in a humble way.

Why? Let’s take a closer look.

White Mennonites are eager to love their Neo-Nazi enemies who showed up in Charlottesville on August 12, but Mennonite pastor Isaac Villegas calls us to be more honest about who their enemies are: END_OF_DOCUMENT_TOKEN_TO_BE_REPLACED