Beware of the Ministry-Industrial Complex

Occasionally, I end up going to one of those “Christian” stores, or I get some sort of advertisement from them. Where I live, they are called “Family Christian Stores” with an emphasis on the family part. In other parts of the country, such stores also exist, but with different names. We have all been to those kinds of places. When I was an evangelical, that was where you went to get a Bible or some accessory for it, but I still occasionally end up going there for one reason or another. These stores have books by Sarah Palin and Joel Osteen, and entire walls devoted to American flags and New International Versions. We all know the type.

A couple of weeks ago, I received an advertisement catalog from one of those stores, and for some reason I looked through it. First, there was a bunch of customized Bibles. Sort of like some sort of collector’s item, there was a bunch of needless varieties of Bibles for purchasing. I always see this whenever I go to any bookstore – people treating the Bible like some sort of fashion statement. What really annoyed me was when I saw this. They have this line of patriotic clothing, but it is not just patriotic. They mix Christianity into their patriotism in an amazing way. They even have a “Jesus Saves” shirt stylized to read “JesUSAves.” They literally made Jesus an American and linked Christian salvation to Americanism. They are mixing Christianity, capitalism, and the American state into one single chimera. Now, this is not new. I have known that they were doing this for a long time, but this example proved to be the ideal opportunity to bring up the issue. END_OF_DOCUMENT_TOKEN_TO_BE_REPLACED

I was reminded that today, this Memorial Day, marks the anniversary of Thomas Müntzer’s death. He was executed by beheading on this day in 1525. Whatever your thoughts on Müntzer are, he is still part of the Anabaptist tradition, and I will probably be mentioning him in a couple weeks with a post on transformationist Anabaptism. While I do not like Müntzer’s advocacy for violence, there is something that we can certainly learn from him — he took the economic teachings of Jesus and the apostles very seriously. In our day of capitalism, individualism, and greed, his call to return to the economics of Jesus is certainly something we can admire.

Grafting streams: from Church of Christ to Anabaptist

I grew up in Church of Christ, a branch of the Stone/Campbell movement (along with the Christian Church and Disciples of Christ with the Church of Christ being the most conservative). If you think of them as Southern Baptists without a formal denomination structure or musical instruments in worship, you would have a fair approximation. I grew up conflating Christianity with America, the Republican Party (particularly the Libertarian wing) and the military.

Among the strengths of the church were the desire to do the will of God, a strong theology of the priesthood of all (unfortunately just male) adult believers, and the willingness to be counter-cultural. They are officially non-creedal, but they have collected a set of traditions, especially of which parts of scripture are enshrined and which are explained away that can be at least as powerful as any written creed. END_OF_DOCUMENT_TOKEN_TO_BE_REPLACED 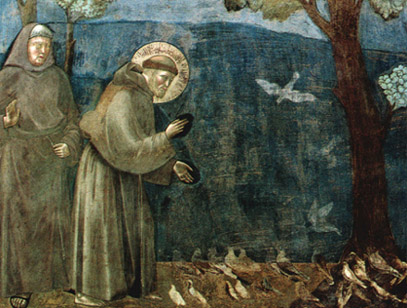 END_OF_DOCUMENT_TOKEN_TO_BE_REPLACED

The Occupy movement through the lens of love Occupy Love is an ambitious documentary. In an hour and 30 minutes, it attempts to offer a short history of Occupy Wall Street. It traces the roots of the movement back to the streets of Tunisia in December 2010 and through the plazas in Spain in the summer of 2011. In parallel to these clips from recent history, its interviews plumb the big ideas that undergird the Occupy movement. Interviews with activists, writers and thinkers run the gamut from the gift economy to western civilization’s estrangement from the natural world.

Through this eccentric tapestry, the film traces the thread of love. The filmmaker, Velcrow Ripper, asks everyone he interviews, “How could the crisis we’re facing be a love story?”

Ripper’s question brings unexpected responses. Clayton Thomas-Muller, a First Nations leader and an environmental activist, pulls aside his shirt to reveal a tattoo that says, “Love is a Movement.”

“When you are born in a community that has been completely devastated by the energy infrastructure that’s been built on the back of our people all across continental North America,” Thomas-Muller says, “you don’t choose to get involved in this work. You’re born to it.”

END_OF_DOCUMENT_TOKEN_TO_BE_REPLACED

In one way it seems fitting. The early Anabaptists did not seek to reform the church but to restore it to the way of Jesus—the way in which the community of Jesus was gathered and was taught. This way meant taking the teachings and life of Jesus seriously; to live according to his example. For example, given that Jesus was the Prince of Peace, it was a call for his followers to live by this same peace. When Jesus taught to love one’s enemies, it was a call to not seek ways of killing someone. Jesus, the kingdom that he inaugurated, and his invitation to participate in this kingdom is radical. Therefore to live by his example would be very radical!

There were several particular reasons why the Anabaptists were described as “radicals” in the 16th century. One reason was that to follow in the ways of Jesus required one to live according to his example. Menno Simons wrote in 1539 that “Whosoever boasts that he is a Christian, the same must walk as Christ walked.” A follower would need to make a voluntary decision to follow the way of Jesus. Second, was the conviction that to follow Jesus, the Prince of Peace, meant also being people of peace. This meant practicing nonviolence even if confronted by violence. “Pacifism” is the word used to describe this path of discipleship. They believed that God’s shalom (peace) would not come through violence. Third, the ways of Jesus, his kingdom, and thus the ways of the community—the church—seeking to be faithful to Jesus and the kingdom would lead to practices that would conflict with the principalities and powers. The focus of these principalities and powers was not, and would not be, the pursuit of the kingdom of God. This becomes apparent in that “the powers” normally use a top-down, authoritarian form of ruler-ship and power, whereas the Anabaptist understanding of church assumes a bottom-up, servant attitude towards the other. Also, the state could not depend on these radicals to participate in the call to war and killing. This was revolutionary. The call of the disciple of Jesus was to follow his will even if that put them into conflict with the will and desire of the state.

END_OF_DOCUMENT_TOKEN_TO_BE_REPLACED

I was not raised in the Christian religion. Like many from the First World, I was raised in a Christian culture, but I was not raised in the church or with a knowledge of the Christian religion. I spent most of my childhood as an agnostic with some Buddhist flavor, and when I was exposed to the Bible, it was through a children’s storybook. As a result, I associated the Bible with fairy tales. This would eventually come to change as I felt the desire to actually study religion. Part of it due to my brother’s influence.

My brother was like me. He was not raised in Christianity, but later converted to it as a teenager. He originally came to Christ through the Pentecostals, then he became an Evangelical. It was when he was attending an Evangelical Free church that I first came to truly appreciate Christianity again. It was also during this time that I got my first Bible, which was the New Living Translation. I did not believe in Christianity during this time, but it was something interesting to study and do on the weekends.

One thing that I learned from Evangelical Protestantism was that everything is personal and private. We are supposed to have a personal relationship with Jesus. We are supposed to personally convert to Christianity, and salvation was all about personal redemption from sin and death. Even the Bible was to be read and interpreted privately. Even in economics, Evangelicals tend to stress capitalism and enterprise over community and charity. Then, I began to study Catholic theology, and I started to use a New American Bible.

END_OF_DOCUMENT_TOKEN_TO_BE_REPLACED

Changing the World Inside of Us: Undoing Sexism among the Mennonites

It was five years ago in May 2008 when the Mennonite bishops of Lancaster (Pa.) Mennonite Conference finally allowed minsterial credentialing of women in their churches. Notably, they stipulated that women were still not allowed to become bishops.

I followed this story closely because I grew up in the Lancaster Conference until I was 13. I watched the damaging impact the anti-women culture had on my mother when she became Sunday school superintendent in the church where I grew up. Shortly after my grandmother’s brother left the church as a result of my mother’s new role, my grandmother came to visit. I’ll never forget listening to my mother tearfully explaining to my grandmother why she’d taken on the role. "No one else wanted to do it," she explained. She had hoped that the male leaders in the church would back her up, but they did not. They were both crying by the end of the conversation.