Though there are apparent overlaps, it is clear by now that there are also gaps where the phases of social movements inadequately describe or leave out elements of the Anabaptist movement. Sociologist Charles Tilly writes, “The employment of invariant models…assumes a political world in which whole structures and sequences repeat themselves time after time in essentially the same form. That would be a convenient world for theorists, but it does not exist.”[1]

One shortcoming of social movement theories is that they sometimes fail to capture the many complex, different stories within an observed movement. They tend to look at movements as a whole, and the four phases are very linear in their approach. While this progress-oriented “bird’s eye view” is often helpful, it misses the contradictions present on the ground. C. Arnold Snyder offers a more nuanced understanding in his way of describing the Anabaptist movement as a polygenesis rather than monogenesis. He highlights the similarities and differences in how Swiss, South German-Austrian, and North German-Dutch Anabaptisms developed, conversed and converged. The polygenesis approach does not lend well to the homogenizing categorization implicit in social movement theories. For example, one may argue that Anabaptism did in fact experience the fourth phase of decline due to eradication by the sword in Austria and many parts of South Germany, though in other places it survived. END_OF_DOCUMENT_TOKEN_TO_BE_REPLACED 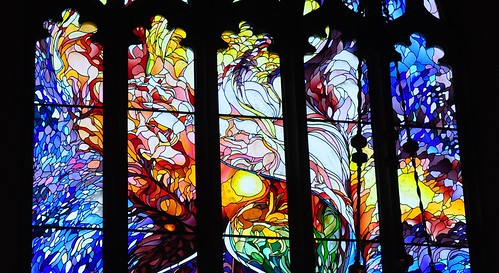 Perhaps this is what Martin Scorsese really intends with his film, “The Last Temptation of Christ”, where Christ (Willem Dafoe) submits to the temptation to wield God’s power and remove himself from the cross. He goes on to live a normal life, marrying Mary Magdalene having children, etc. Perhaps Scorsese gets at a horrible reality of our Christian condition today, that our Christianity looks more and more like Christ submitted to Satan’s temptations, that he had given into the conditions sanctioned by the ruling elite, and surrendered into the bourgeoisie, leaving our world relatively unchanged and forever steeped in slavery. END_OF_DOCUMENT_TOKEN_TO_BE_REPLACED 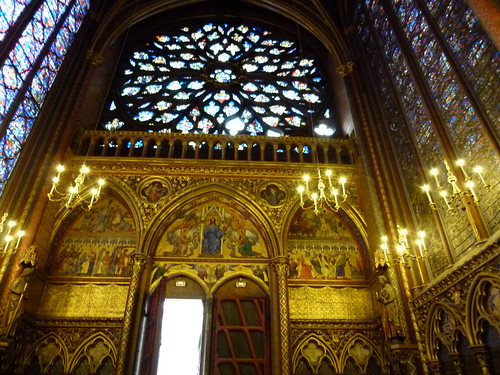 The first stage of social movements, emergence, is seen as the time when consciousness of a problem or societal ill is just forming. Collective action has not yet grown out of the discontent that is felt by many people, and organized leadership has not yet emerged though “agitators” may be at work at the grassroots. I believe that both the Peasants’ Revolt and the Protestant Reformation were crucial in this first stage of emergence.

The Peasants’ Revolt (1524-1525) laid the groundwork for widespread social unrest, and raised issues of unjust rulers and the need for social reform. Snyder writes that many early Anabaptists, especially in South German regions, were closely involved with the peasant movement for social reform and shared many of their egalitarian ideals. Hubmaier, for example, started his evangelical reform teachings in Waldshut, which greatly supported the peasants. Snyder also cites other early Anabaptist leaders’ connection or collaboration with the peasants; these leaders included Reublin, Brötli, Krüsi, Grüningen, Hut and Rinck. He writes, “Many of the same religious, social and economic impulses that fueled the so-called Peasants’ War remained issues within the Anabaptist movement well after the peasant uprising had been suppressed. Many of the first Anabaptists were active in these protest movements ‘from below.’”(2) END_OF_DOCUMENT_TOKEN_TO_BE_REPLACED END_OF_DOCUMENT_TOKEN_TO_BE_REPLACED

This is the first in a four part series from my essay entitled, “The Early Anabaptist Movement through the Lens of Social Movement Theory.”

By way of introduction to my piece, I wrote the following poem. I invite you to read it as an exercise of imagining what the emerging Anabaptist movement must have felt like to a new believer. The word spreads on farms,
in taverns and barns, in sewing circles
the fold grows, stitch by stitch.
Behind the looms we whisper
good news and now dozens come to sit
on stumps and stone, our forest pews.

We dare not learn our leaders’ names,
for fear that tortured tongues might speak;
we know the brothers when they say,
“The Lord’s peace remain with thee.”
‘Til He returns to vanquish our foes,
many join Christ’s agony. END_OF_DOCUMENT_TOKEN_TO_BE_REPLACED

The Social Upheaval of the Kingdom

Recently, I started rereading Paul’s First Epistle to the Corinthians. It’s been a long time since I have read Paul, and the last time I really read him, IÂ spiritualized him. By that, I mean that I made Paul’s words the words of an Anglo-Saxon Puritan. Coming from a Protestant (Reformed) background, it is really easy to see Paul’s talk of election in the meaning Calvinists give to it, and it is easy to see Paul as some modern German theologian in the tradition of Martin Luther. I was easily able to look at the material, political, and societal implications of Jesus’ teachings, but Paul was harder for me, due to that connection with Reformed Protestantism.

Going into First Corinthians anew, I learned that Paul’s epistle was written to a very special community of believers. Corinth was a deeply Roman and deeply cosmopolitan city. It was really the entire Greco-Roman world present in one place. This means that the Corinthian church was diverse, and part of that diversity involved Paul having converted both rich and poor, elite and common. The division of rich and poor in the Corinthian church was one of the reasons Paul wrote the letter. For example, inÂ 11:17-34 we see Paul rebuking those were were treating the poor unfairly in communion. A passage that is particularly important in discussion these class relationships isÂ 1 Corinthians 1:26-2:5: END_OF_DOCUMENT_TOKEN_TO_BE_REPLACED

Re: Elephants, A Call to Allies and Humans in the Mennonite Church

Good afternoon, allies and humans of the Mennonite Church. I (a human who is queer) have a quick note, a “call to action,” if you will.

Made for such a moment as this?: From Fundamentalist to Anabaptist

This week in my seventh post in my ongoing Anabaptist Camp Followers series, I interview Benjamin Corey. He is a retired US Air Force instructor turned Anabaptist speaker and writer. He blogs at Formely Fundie and is author of the upcoming book, Undiluted: Rediscovering the Radical Message of Jesus.

Can you share about your first encounter with Anabaptist thought and practice?

I first encountered Anabaptism when I was studying church history at Gordon-Conwell Theological Seminary, but it was only in the context of their role in Church history— we didn’t get much into Anabaptist thought and certainly didn’t delve into the existence of Neo-Anabaptism, so at that time I had no idea how deeply I would connect with it.

As I continued to make my way through seminary I went through a massive paradigm shift as I realized that even though I had been a Christian for more than 20 years, Jesus himself was the missing aspect to my faith. Once I made this realization, I went through a reorientation of my faith not around Christian religion but simply around Jesus— a process that is the topic of my upcoming book, Undiluted: Rediscovering the Radical Message of Jesus. During this reorientation, my views on a host of issues changed— I embraced nonviolence, gender equality, rediscovered the need to live out faith in authentic community and a host of other new discoveries.

I had no idea what to call myself anymore- I felt like a misfit in Christianity because I knew I wanted to follow Jesus, but didn’t know where I fit in. One day I picked up the book Naked Anabaptist and started reading about the tenants of the Anabaptist Network and it was a lightbulb moment for my wife and I, because it articulated our new worldview in a way that felt like someone was inside our head. In that process, we realized that Anabaptist ins’t necessarily something you become but something you realize you already became. Being able to "label" who we were was incredibly freeing for us and helped us realize that we weren’t alone anymore.

What are some of the ways you’ve connected with the wider Anabaptist community that have helped you feel like you are not alone?

Once I realized that I had been an Anabaptist all along, I started to seek out others like me and stumbled upon MennoNerds and folks like my friend Kurt Willems. While an online community is often a poor substitute for real-life interpersonal community, the Anabaptist community online is pretty darn good. It’s the first "tribe" that I’ve ever had where I felt like I belonged and like I was accepted— flaws and all. I think what I love about it is that it is diverse enough to allow for a "big tent" feeling yet we all share several core values to our faith that keep us all linked together. It’s something I haven’t quite experienced before— there’s definitely a kinship factor with the Anabaptist community. Ironically, the only other place I’ve ever experienced this was during my ten years in the military.