The Altar of the Gun 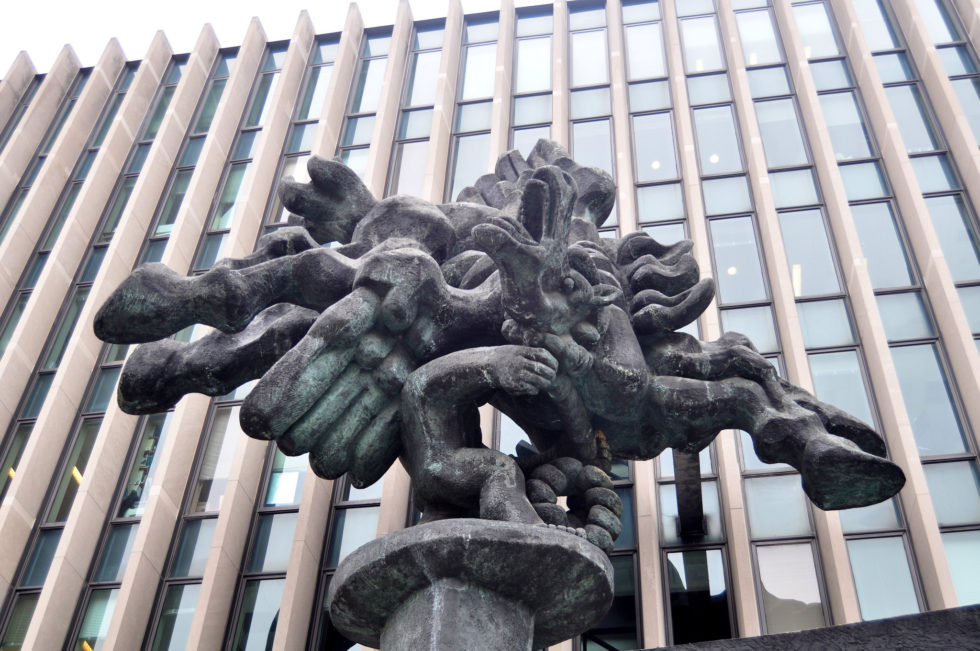 Note: I found writing this piece to be a way of channeling my own anger at the massacre this morning. But I recognize that anger is only one part of the grief process. Please join me in praying for the families and friends of those killed.

American worships the gun. Today, 33 more were sacrificed on the altar of our devotion to the gun. Specifically to semi automatic handguns. There are already dozens of articles from disciples arguing that the massacre today at Virginia tech could have been avoided if some of the students had been carrying guns so they could shoot the killer before he killed them. We trust the gun more than we trust God.

The brutal reality of our gun fetish is that selling guns and ammo is highly profitable. But it is not simply the fact that the market values short term earnings from gun sales more than the social, cultural, political and long term economic damage that gun violence does to our society. More importantly, the gun industry long ago learned to effectively invest their short term earnings into the social, political and cultural sphere. Their investments in the NRA, especially since 1977 years have returned 10 fold and the results are a culture in which gun ownership is intimately connected with the values of self-sufficiency, responsibility and security that so many Americans identify with. We’ll call these frontier values.

As much as we’d like to wish that the new Democratic congress would seize on this moment to pass some common sense gun laws, the reality is that many of the new members of Congress were partly by actively courting those with frontier values. Unless their constituency shows signs of disconnecting handguns from frontier values, any vote for limiting the sales of hand guns will be doomed.

It may be that changing our gun culture requires looking at movements that have successfully challenged large corporations with large amounts of cultural capital. The anti-smoking movement comes to mind. The last 30 years have seen a drastic shift on the public perceptions of smoking. The parallels are striking. The right to smoke was once also closely associated with frontier values. The industry also heavily invested in cultural, social and political institutions to maintain and promote the cigarette. For a time it seemed that they were effective. But these days its very hard to find anyone in political office trumpeting the rights of smokers.

What were the tactics and strategies of the anti-smoking lobby? They brought law suits by second hand smokers against big tobacco. Unfortunately a law passed in 2005 protects the industry from any parallel suits.

Another tactic of the anti-tobacco movement was its relentless funding of anti-smoking advertising. Through memorable add campaigns they have gradually associated with smoking with disease and decay. It seems this solution has much potential given the brutal reality of gun crime. Is the anti-gun lobby much less well funded? Have they not found the right message?

Of course, part of the anti-smoking victory can be attributed to the scandal of Tobacco companies lying to consumers for many many years. This highlights a major difference between gun industry and the tobacco industry is that gun manufacturers are much less visible in the debate then big tobacco was. The NRA is by far the most visible and powerful gun lobbying organization. The wikipedia article on Smitth & Wesson tells the interesting story of how gun owners turned on the hand that fed them after Smith & Wesson was seen to have compromised on gun control.

But there is hope. In the United Kingdom after the Dunblane Massacre, more than 700,000 Brits signed the Snowdrop petition calling for a total ban on the private ownership and use of handguns in the United Kingdom. The petition led to the Firearms (Amendment) (No. 2) Act 1997 which completely banned handguns in the UK (this was the final in a long series of hand gun control laws) According to a report from the home office, from mid-2005 to mid-2006, only 49 people were killed by handguns (Homicides, Firearm Offences and Intimate Violence 2005/2006, page 36). This is a rate of roughly 1 per million compared to 55 per million in the US (FBI 2004 Crime report). It turns out that a mandatory five-year jail term for carrying a hand gun does have an effect. I lived in the UK from 2004 through 2006 and noticed that fatal shootings were so rare that they regularly made the national newspaper. People take the hand gun ban for granted and find the gun religion in our country to quaint and strange. On one of my first evenings in the UK I watched a documentary in which a UK reporter went deep into US gun country and interviewed gun disciples. It was like watching an exotic safari.

Change is possible. Massacres like the one at Virginia tech do not need to be a reoccurring horror in our headlines and our lives. Let’s work together to end our worship of the gun.