“We did it in Detroit”: Working for racial justice in Mennonite Church USA is not done 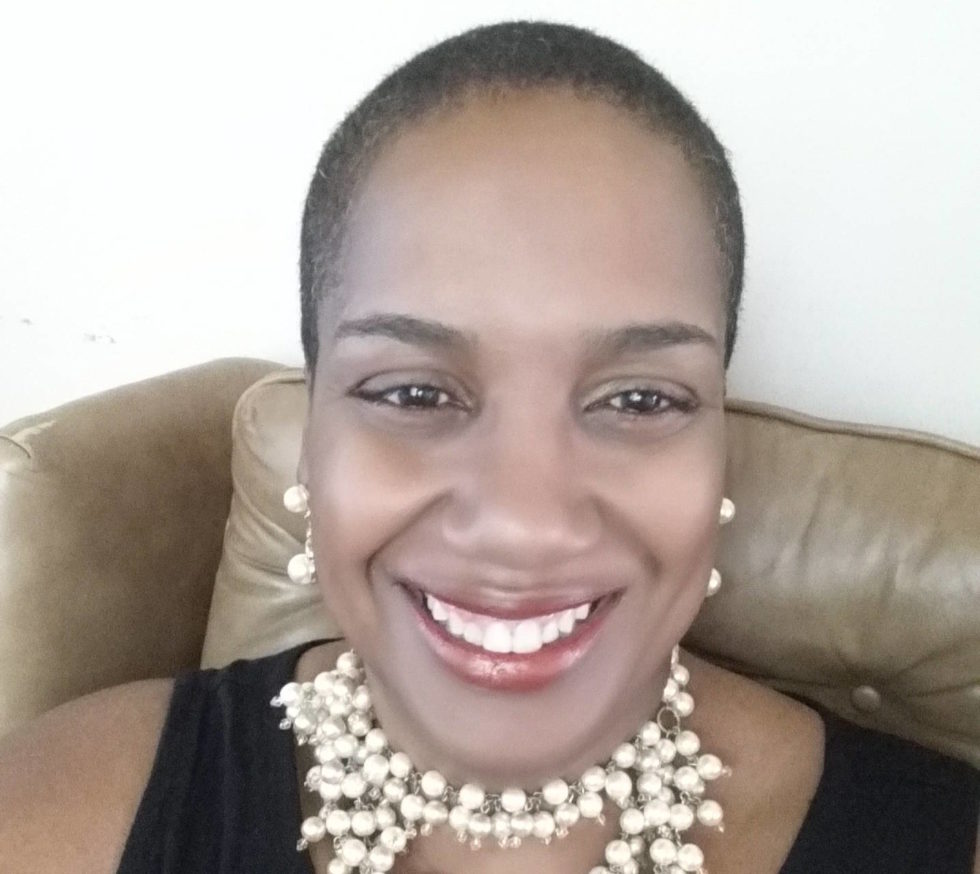 This interview, originally published two years ago, was the eighth interview in my ongoing Anabaptist Camp Follower series in which I interview people who have been drawn to Anabaptism and Mennonites. Kelly Bates Oglesby is pastor at Park View Mennonite Church in Kokomo, Ind. Our interview happened before the massacre of nine Black Christians in Charleston on June 17. That act makes her words all the more important.

As a requirement of my seminary study I needed to complete an internship in a faith community that was dissimilar from my own. As I perused the available openings I was drawn to one at First Mennonite Church in Indianapolis. The Mennonite setting was certainly dissimilar from my Free Will Baptist tradition even though both are Anabaptist in grounding.

Until I came to seminary and met Dr. Wilma Bailey, I had no personal interactions with Black Mennonites. My discussions with her and observations of her had piqued my interest. I submitted my application to First Mennonite Church and completed the process to become an intern. Unlike some learning sites, FMC wanted me to learn about the congregation and conference. Moreover, they allowed me to experience and experiment with ministry development.

During my initial year, I met weekly with the lead pastor to discuss theology and polity. Regular small group interactions helped me to learn to know the congregation. As part of my student work I initiated a project each semester to broaden the ecumenical witness of the congregation.

At the end of my first year, I was invited to complete my second internship year with the congregation. This was thrilling and concerning: I realized I was beginning to feel at home.

There was a call for papers for Women in Leadership Project Theology Conference and I submitted two papers. One topic was my passion, the need for reconciliation in church and community. The Holy Spirit moved and my passionate and prophetic topic on reconciliation was chosen! Again the Holy Spirit moved and my seminary paid part of my expenses to attend the conference.

I returned from the conference on a spiritual high. There was buzz in the Indiana-Michigan Mennonite Conference about perhaps supporting me to plant an urban ministry. However, that didn’t manifest. There was talk of potential openings, so I completed an Ministerial Leadership Inquiry (MLI) form and no one called.

I truly felt confused. I continued seeking clarity. I tried to establish what I hoped to become a Mennonite representative fellowship, but without support it didn’t form. Parkview Mennonite Church in Kokomo called to request I provide pulpit supply. I agreed. After a few weeks I was advised they were in the interview process but they were open to reviewing my resume. I sent an email requesting my MLI be released to Parkview.

We had several meetings, including two with conference credentialing team, to make certain all involved had discerned the possibilities and problems inherent in receiving a Black female from urban setting into pastoral leadership of a rural Mennonite congregation. Prayer and dialogue followed and we agreed this was what the LORD called the congregation and myself to do.

Pastor Oglesby wrote a journal entry for the summer 2014 issue of Timbrel magazine describing her journey in more detail.

It sounds like you have had some discouraging moments in your walk within Mennonite Church USA so far. In the Mennonerds group on Facebook you said, “I have largely found that I am only welcome to listen and learn in Mennonite community.” Along with the experiences you’ve already described, what are some of the other ways you’ve heard this message?

Microaggressions are multiple. Largely I am ignored in corporate settings unless and until there is a need to celebrate diversity. However, interpersonally I am blessed by the authentic caring people who see me, celebrate me, challenge me, and are allies for me.

Would you be open to giving an example of a microagression you experienced in a Mennonite context?

I am corrected when I speak my truth or need. For example, I stated disappointment that Executive Board had not planned to address racism et. al. during Kansas City 2015. Someone says, “You weren’t here few years back, we did it in Detroit.” The truth is, that was more than several years back and didn’t resolve or absolve the deficiency of leadership in the peace church, failing to address one of the major dialogues of our nation.

What are some of the things you’d like to share with Mennonite Church USA if they were open to listening to you instead?

The dynamic history of this great movement within the kingdom is radical and revolutionary in formation. Build upon the foundation of peace, love, and service with those of us within your midst. Commit to nurturing and strengthening relationships of mutuality and reciprocity with African Americans or Blacks (I identify as Black). Live out the Purposeful Plan. When I read that on the Mennonite Church USA website, it started my spiritual journey home as an Anabaptist to find rest and to serve as a Mennonite. I still have faith that the Mennonite vision and values will live deeply and widely enough to fully welcome me and all the many others.

Can you specifically describe what spoke to you in the Purposeful Plan?

Engaging with a congregation unlike one’s own intentionally, and specific points on undoing racism. The congregation where I completed my internship invested in this process.

Can you share a specific example of when someone has been an ally to you?

During my internship, a few people in congregation recognized potential for sustaining a viable relationship with me. They brought me into the intimate context to meet persons beyond the congregation in Mennonite Church USA. They supported my curiosity and ministry prayerfully and practically. When I was challenged and even openly disrespected, they redoubled their efforts to support me and silence inappropriate critics openly.

Do you plan to be at the Mennonite convention in Kansas City? If so, what hopes would you have for that gathering?

I am going to KC2015 in hopes of learning more of how Mennonite Church USA values Blacks and intends to increasingly live out the undoing of racism in this heightened time of racial turbulence. What peace building is being done by Mennonite Church USA regarding treatment of Blacks living in United States regarding justice, education, and basic needs? It’s a situation that even the United Nations and other humanitarian organizations have called appalling, inhumane, and racist.