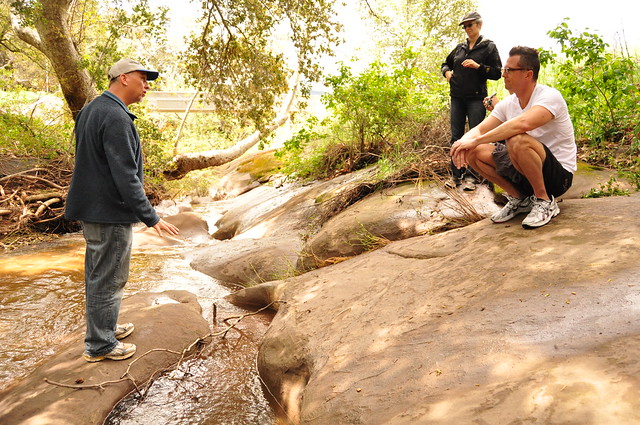 When Young Anabaptist Radicals launched a decade ago, I was out West reading compelling scholarship from Walter Brueggemann, Brian McLaren, N.T. Wright, Marcus Borg and John Howard Yoder (WGWW: white guys with websites), moved by their mapping of a much needed “post-Evangelical” Christian terrain. I took their ideas at face value: meaning that I yearned to apply many of their convictions to my own ministry, marriage, church and vocation. But I frequently found myself day-dreaming about what these authors are like in real time. Of course, there’s always a gap between word and deed, but I was becoming more and more uncomfortable with my own SCS (Seminary Celebrity Sensationalism). We white male academics are the masters at hero-worshipping our favorite authors, pastors, scholars and philosophers.

Yoder was in his own category though. I’m just another one of the thousands of young jaded white Evangelicals who found himself on a beach a dozen years ago with SPF 50 and a worn copy of his 1972 classic The Politics of Jesus. Yoder’s specialty was the Bible, passion and mission (the Evangelical trifecta), pouring a socio-political fuel on my pietistic fire. I took an independent study with a professor in the summer so I could focus on his work for 10 whole weeks–plenty more afternoons on the beach with The Original Revolution, For The Nations, The Priestly Kingdom and Body Politics. I was enthralled and, like a good Evangelical, impulsively converted to the Anabaptist Way.

Back then, I had no knowledge whatsoever about Yoder’s history of crazy ass predatory sexual domination antics. That’s not totally accurate: one of my professors told me after class that I should know that Yoder was accused by “a few women” of some sexual improprieties, but there was nothing to their stories. I, unfortunately, took this little “side note” as gospel truth.

Since then, I’ve read plenty of accounts about the reality of the matter and a handful of folks (who knew people that knew Yoder) have shared their theories about him (“he was on the autism spectrum!” or “his brilliant mind was just totally disconnected from his spirit, emotion or ability to pick up on any social cues!” or “he was just an arrogant SOB!”). If we’re going to make it in ministry, we’ve got to have a robust anthropology. But on most days, I feel like Yoder took a huge dump in my theological punchbowl and I need to pour it all out and make a whole new batch. As we celebrate ten years of YAR and venture faithfully into a post-Yoderian future, here are a few thoughts about what the recipe may look like (a recipe YAR has been seizing on for a decade). Â  Â

One ingredient is theological. Since the advent of civilization, humans have become obsessed with finding messianic figures, charismatic celebrities, like Yoder, to cast our hopes and dreams upon, bestowing upon them all sorts of complicated power and privilege. Dr. James Perkinson, professor of Social Ethics at Ecumenical Theological Seminary in Detroit, wrote an overpriced, under-read book a few years agoÂ called Messianism Against Christology: Resistance Movements, Folk Arts and Empire (2013). In it, he calls for “a reading of the Jesus-event as movement… intelligible only to the degree we take such ‘movement history’ seriously.”Â Salvation is “a response to and critique of imperial aggression,” moving beyond hierarchy, triumphalism, universalism and absolute truth towards a focus on diversity, community and artistry. It is a form of faith “from below,” diminishing the need for pastor-heroes and wonder workers.

A theological emphasis on Movement must be paired with ingredients of race, gender sexuality and class analysis. White guys are obsessed with the written word, with logic and rationality, with the attempt live inÂ the theoretical. Everything looks great on paper. Â This naturally leads to the compartmentalization of our lives: away from integrity, holistic witness, always edging towards hypocrisy. Yoder was absolutely phenomenal on paper, but propping him up on a pedestal and in the pulpit made it awfully hard for him to replicate it in his relationships. He had an enormous amount of unnamed, unearned and unchecked privilege and power. All of this enabled him to write the following paragraph and then live out the opposite, over and over again in his interpersonal relationship with women:

…what Jesus renounced is not first of all violence, but rather the compulsiveness of purpose that leads the strong to violate the dignity of others. (Politics of Jesus, 237)

Yoder’s dynamic thought, I am convinced, is not a moot point. His ideas still matter. They groan towards a lived reality in communities everywhere (an ingredient called ecclesiology). His publications, though, come with an asterisk that must be now applied (and should have always been applied) to all our Amazon purchases. White male academics (and there are many) need a community that can vouch for who they are. It should be these communities (and not Christian celebrities) who give them cred on their book covers, to sign off that the over-educated, over-privileged theologian who just wrote 200 pages+ has proven that he is capable of getting in line and following the lead of women, people of color and those far less educated in the academy than they are. In short, communities must create accountability. Of course, in this process, there will be a fine line between careful communal credentialing and an all-out check-and-wrecking witch-hunt.

Nothing complements an Anabaptist ecclesiology quite like a historical non-hierarchical perspective on leadership. Enter Ella Baker, the incessantly overlooked Civil Rights grassroots guru who resisted and refused calls to become a charismatic, messianic figurehead of the Movement:Â Â

I have always felt it was a handicap for oppressed peoples to depend so largely upon a leader, because unfortunately in our culture, the charismatic leader usually becomes a leader because he has found a spot in the public limelight.

Baker had what Dr. Cornel West has called “a joy in serving others [that] is qualitatively different than a pleasure in leading others.” The legacy of Baker is precisely what I’ve had the opportunity to witness daily here in Detroit: black women leading the struggle against injustice and oppression, caught up in the exuberant joy of serving others. White dudes, like Dr. Jim Perkinson and Rev. Bill Wylie-Kellermann, can join up by simply being committed to being neither captain nor anchor.

However, all of the theology, social analysis and anti-hierarchial ecclesiology in this recipe must be measured by the key ingredient: an embodied epistemology. We can only know the truth by observing it in the humble and faithful practice of a cloud of saintly witnesses. The first time I ever met the 50-year-old Monica Lewis-Patrick, she proclaimed to an audience of mostly white academics jargoning over hermeneutical circles and the scandal of particularity: “Christian faith is not something you read in a book. It is something you walk out with your life.” Monica, living at the intersection of single motherhood and the poverty line, is the Ella Baker of the movement for water affordability in Detroit, empowering young hip-hop and graffiti artists and old white retirees to deputize themselves in the struggle. If truth is embodied, then we must flip the script and put the emphasis on compelling lives doing theology over the written word theorizing theology.Â Â  Â

I’m still not totally sure what to do with John Howard Yoder–to read or not to read; to quote or not to quote. Indeed, Yoder was a gigantic reason why I became a card-carrying Anabaptist a decade ago. I’ve read Body Politics (published at the same time he was being officially checked by his church community) at least a half dozen times and I’d like nothing more than to participate in a small, intimate house church community that covenants to specializing in those five practices before the watching world. But that’s all theoretical at this point and that’s a big part of the problem.

John Howard Yoder had a major problem that even his local church and employerÂ at least partially aidedÂ in sweeping under the carpet. The whole debacle, I think, says more about how we ought to organize our faith (individually and communally) than anything about Yoder. For the past decade, Young Anabaptist Radicals has modeled the kind of theology, social analysis, ecclesiology and embodied epistemologyÂ that is required for our post-Yoderian world. Here’s to another decade.