The Spirit’s Work in Mission: Prophesying about many peoples

The Spirit’s Work in Mission: Prophesying about many peoples, July 30-July 1

Anabaptist Missional Project, a group of young leaders in the Mennonite Church, hosts its second annual gathering June 30-July 1, at Oxford Circle Mennonite Church, Philadelphia, PA. Leonard Dow, Madeline Maldonado and David Maldonado will lead conversations that focus on the Spirit’s work in the growing diversity of MCUSA. Proclaiming the gospel of Jesus Christ brings diversity. Now what will we do? More details and registration are here.

Looking for an organic church/fellowship near Olympia, Washington

Here’s a letter from a reader:

I just found your blog and a lot of what is there really resonates with me. I really relate to a lot of Anabaptist concepts such as putting faith into action, actively promoting peace, creation care, and anti nationalism.

I’m currently looking for an organic church/fellowship in my area near Olympia Washington to connect with. Haven’t ever considered a Mennonite church because my impression was that they are really conservative including politically and very institutional. Is that assumption an incorrect one? Do you have any suggestions for connecting with similar minded people in this area who are/want to connect through an organic church model?

I’m happy to fellowship with people of various persuasions, but I don’t want to be a cause of dissension in a group where most everyone has the same specific ideas. Not sure how minority opinions are received in smaller conservative Mennonite churches.

Anyone have any leads for Robin?

In light of the recent spate of articles quoting outraged clergy in Kenya and other African countries, Lin Garber collected these quote from US Christian leaders. We’re sharing them here as a guest post by Lin.

Just wanted to remind everyone that bigotry is not confined to the continent of Africa. I didn’t include URLs because I would rather not contribute to traffic counts on some sites.

“Isn’t it appalling that the United States of America would try to force the acceptance of homosexuality on other nations but at the same time we would not force them to take care of their religious minorities and they would permit discrimination and persecution of Christians?” – Pat Robertson

or someone named Janet Mefferd, described as a radio talk show host, acknowledges that

“in Nigeria not only is gay marriage a crime punishable by a fourteen year jail term but any person who registers, operates or participates in gay organizations faces a decade in jail.” Then she adds, “Alright [sic], but they’re not killing them, are they?” [Uh — dear Janet, yes they are, in some places.]

END_OF_DOCUMENT_TOKEN_TO_BE_REPLACED 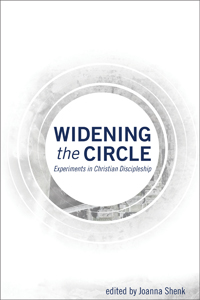 YAR contributors ST and TimN have chapters in the new book, Widening the Circle: Experiments in Christian Discipleship edited by Joanna Shenk, also a YAR writer. If you are near Goshen, Indiana, we’d love to have you join Joanna, Tim and other chapter authors for discussion and a book signing on Tuesday, November 29, 2011 at 6:30 pm at Waterford Mennonite Church, 65975 State Road 15.

If you’re on Facebook, you can sign up here. At the event Regina Shands Stoltzfus, professor at Goshen College, will give input about her chapter which explores issues of racial diversity and Mennonite identity. Andre Gingerich Stoner, staff with Mennonite Church USA, will share about his experience at the Sojourners community in DC in the 80s and how that has continued to shape his vocation. James Nelson Gingerich, medical doctor in Goshen, will share about the founding and ongoing work of Maple City Health Care Center as the organization has chosen to be mission driven rather than survival driven. END_OF_DOCUMENT_TOKEN_TO_BE_REPLACED

Isaac Villegas, a regular contributor to Young Anabaptist Radicals, has a new book out from Cascade Books called Presence: Giving and Receiving God. Here’s an excerpt from the book blurb:

Through a variety of sermons and meditations, Sider and Villegas bear witness to a grace that disarms our guardedness and makes room for us to fall into the love of God. Preaching becomes a dispossessive practice, as each person is invited to give and receive God’s transforming power.

The proclamation of the gospel, Villegas and Sider say, should display the priesthood of all believers. us, the call to preach belongs to the whole congregation and its conversation rather than to the lone preacher and her (or his) sermon. Presence: Giving and Receiving God draws on the Mennonite tradition of the Zeugnis (“conversation”) to explore how the preached Word echoes through all of our voices.

The book includes some of the posts that Isaac has posted here over the years. Congratulations, Isaac!

Who: Readers of and contributers to Young Anbaptist Radicals blog of all ages and anyone else who wants to join us.
What: To meet each other in person and to hang out and talk
When: Wednesday, July 6 at 9 pm
Where: Young Adult Lounge in convention center (map forthcoming), David L Lawrence Convention Center, 1000 Fort Duquesne Boulevard, Pittsburgh, PA 15222
How: As proposed by AlanS

A seminarian contributed this chapter about learning to love her enemies after a direct action at a military base to Radical Peace: People Refusing Waredited by William T. Hathaway. Because of her activism, this piece is posted anonymously to Young Anabaptist Radicals.

To celebrate Armed Forces Day the military base near my seminary held an open house, a public relations extravaganza to improve their image and boost recruiting. They invited the public in for a marching band parade, a precision flying show, and a sky diving demonstration. They even offered free lemonade and cookies.

A subversive seminarian, namely me, decided to disrupt the festivities and remind people that the military’s job is murder. I bought a jump suit and dyed it orange like the uniforms the prisoners in GuantÃ¡namo have to wear. I bought two U-shaped bike locks, three diapers, and a pair of rubber underpants.

All suited up, I had a friend drive me onto the base before people started arriving for the celebration. She dropped me off at the traffic circle just inside the main gate, kissed me on the cheek for good luck, and drove back out the gate. In the center of the traffic circle stood a flagpole flying the Stars and Stripes. I ran to the pole, fastened my foot to it with one bike lock and my neck to it with the other – pretty uncomfortable – and started shouting, “Close GuantÃ¡namo! No More Abu Ghraibs! Free the Prisoners!” People gawked as they drove by, some laughing like I was part of the show, some waving, some giving me the finger.

END_OF_DOCUMENT_TOKEN_TO_BE_REPLACED

This request arrived in the YAR inbox last week. I hope YAR readers can help.

I’m a member of a young women’s (mid to late 20s) bible study group. We are sick of the “regular” bible studies and I’m writing to see if you can recommend anything a little more non-traditional, thought provoking and discussion encouraging….we are looking for something that would involve questions being asked in order to encourage/help focus discussion.

What we are looking for is something with a short text section that could be read by the leader for the week, based on something in the bible, or even just an issue in Christian culture, current events – we’re pretty open. We then would like to have questions which would help facilitate discussion on the topic presented in the text. Most of us don’t have lots of time to do readings/prepare ahead of time, so we appreciate sessions that allow us to focus on one topic the night we meet and then move onto a new/related topic the next week.

Post your suggestion of books or on-line resources to this comment thread or email them to admin@young.anabaptistradicals.org

Well, the poll results are in and a majority of you wanted a YAR presence on Facebook. Here it is: http://www.facebook.com/pages/Young-Anabaptist-Radicals/131225733607986

This is a invitation to the YAR community from Byron Rempel-Burkholder, and editor at Faith and Life Resources/Mennonite Publishing Network. Feel free to contact Byron directly or leave your response in a comment.

We at Mennonite Publishing Network need your help in creating resources that nurture spirituality among 20- and 30-somethings. Our traditional existing medium is Rejoice! magazine, which offers daily meditations on Bible texts, along with denominational prayer requests. Rejoice! is relatively successful among middle and older adults, but it is attracting only a small segment of younger adults to its readership. END_OF_DOCUMENT_TOKEN_TO_BE_REPLACED

Written by Elina (from Indonesia, in Singapore).

ST got me into your website and I read many articles with great interest. I wish there was this much dialog about “things that matter” in my Asian constituency. Many young people in Asia are busy building their careers, doing well at school, putting up an image and conforming to norms of society–to the point that it prevents them from speaking up and sharing things that really matter. Although, I’m not sure if this issue is specifically Asian …

However, in reading the articles, I don’t see a lot on prayer. Yes, prayer. It’s the one thing that Jesus did every single morning before he did anything else. The one thing that every great person in the Bible did throughout their journeys. END_OF_DOCUMENT_TOKEN_TO_BE_REPLACED

Admin’s note: I received this post today from a YAR member. Though it is not normal practice to post unsigned articles here, I made an exception in this case due to safety concerns.

Every time my brother sabotages family plans or punches another hole through the wall, I just think that maybe all this is happening to me because I need to increase my sense of compassion…or to remember to concentrate as much energy on the tiny personal things as well as the political things. I don’t know.

He’s mentally ill and has a huge sense of entitlement, and he’s angry almost all the time. He scares the living daylights out of me. He has made our home an unsafe place to be, and manipulated my parents through brute strength and threats. END_OF_DOCUMENT_TOKEN_TO_BE_REPLACED